So, there’s this whole idea going around that kids learn language better than adults. You can read more about that here. But how about adults. Surely, with the experience they’ve had in this world… they can learn better, right? Nope!

That’s what this article’s all about. Adults try and fail (and by fail i mean QUIT and never come back) language learning all the time and here are some top reasons why. Will I offer some juicy solutions? No.

This article is purely about language learning failure. All kiiiiinds of failure.

1. Adults fail at language because they have no time.

Know anyone who’s gotten fluent from “Learn <language> for Busy People”? I don’t. They don’t exist. People that use products like that learn a few words, a few phrases… and ultimately leave that book lying around under their bed. 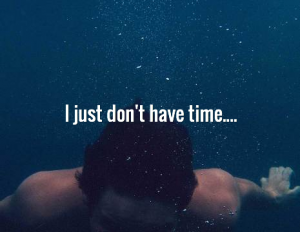 So much for their language learning journey.

Adults fail at learning language because they have no time. Whether they actually have time or not is up for debate. Some of you work 3 jobs and truly have no time… others just suck at time management and put things off because your short term desire for pleasure gets ahead of your long term desires.

Spending time to learning language is like putting gas in your car.

It’s necessary for your car to go.

And it’s necessary for your language to get off the ground.

There’s no way around it.

2. They don’t get the importance of consistency.

Yep, it’s mentioned in the previous point. Consistency is related to time… except it means you put in the time over an extended period of time. For example, 1 hour a day for 1 year. 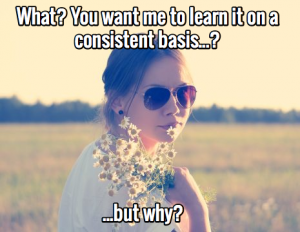 It’s a snowball that works both ways in the case of learning.

In your favor and against you.

Meaning: If you roll a snowball in snow, it’ll accumulate and grow. That accumulation is progress that occurs through rolling, or consistency. If you stop it, it starts melting eventually.

If you’re rolling your language snowball, despite all the confusion and problems you come across, everything you learn sticks with you, one way or another. And everything you learn after, is added and mixed in with what you’ve already learned. Progress begets more progress. More importantly, rolling this snowball strengthens your habit of learning. You’re on your way there.

Now, here’s how it works against you.

When you quit learning a language… or get lazy, you stop rolling your language snowball and it’ll start melting.

It’s a snowball of laziness or inactivity when it comes to languages. You’re building up the action of… doing nothing! And that only gets stronger and stronger and more ingrained as a habit.

You become an inactive person.

So, when you “start” and “stop” a language because “something” comes along, remember, you’ll be rolling a whole different snowball.

3. Because life. Because the time isn’t right.

Sort of related to #1 and being busy. Adults have a lot of crap going on in their lives. School. Work. Health problems. Family issues. Crap to take care of. Birthday parties to attend.

But, when everything calms down, you’ll finally start, right?

Wrong. For one, remember what snowball you’ve been rolling ;).

This is a common excuse and understandable to some extent. 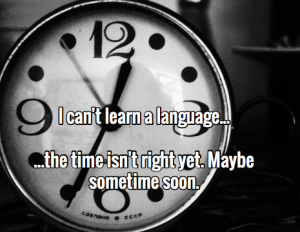 So, if you care enough, you’d do it anyway.

4. They cant tell the difference between their “personality” and what they’re actually capable of.

That’s exactly what I’m saying. Who you think you are is based on preferences marketed to you, based on short term desire seeking, as well as limiting beliefs. 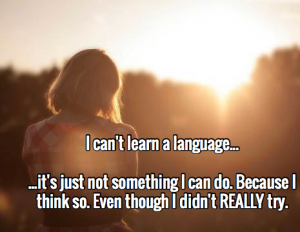 The fact you think you can’t learn because you’re just that type of person is a good excuse. It’s you sticking to a sinking ship, a set psychology that won’t change despite the fact that you could just as easily dive off that ship and take a boat. But you don’t want to take that boat… it’s not who you are.

You have a stupid filter somewhere in your brain that rejects ideas regardless of how doable they are. And you’re unaware of it until you realize just how malleable your personality is.

Adults can’t learn language because of this ingrained psychology which produces ego, feelings, automatic reactions, defense mechanisms, etc. that block you off from learning language.

5. They research about the best way to learn language instead of learning.

“Ok, I’ll learn a language. How do I start? Hmm…I’ll Google for the best ways to learn!” 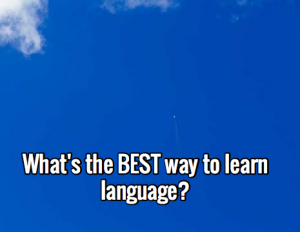 And what happens is… you end up on some site, perhaps like mine (oh, hello), telling you what to do, how to start, what to think.

Then, you read about how textbooks suck, classes suck, pod-casts suck, and here’s this fun, motivational way to learn instead.

Researching for all of this sets up all sorts of preconceived notions that aren’t always true for you. Then you start a language with these beliefs… and when they don’t work for you, you blame the language itself.

Skip the advice, even mine, you don’t need it – trust me.

When it comes to taking action like learning language, extensive preparation research is pure procrastination. Remember the snowball? Remember where your efforts are going.

6. They want to learn the RIGHT way without making mistakes and being embarrassed.

Everyone wants to be right and nobody wants to be wrong. I mean, if you’re going to spend time and money to learn… you’d want the best option right? 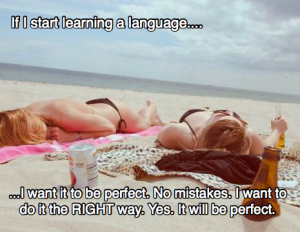 Well that’s exactly how companies will market to you.

However, “best” is debatable.

There are many ways to learn and everything has some value while lacking in something else. That’s just the nature of the game.

So, when they find that these “right” and “mistake-free” methods don’t “work” for them either, they give up.  Well, at least they didn’t get embarrassed.

“Oh, I’m pretty smart… I know  a lot about learning.  So I can probably learn languages too.” 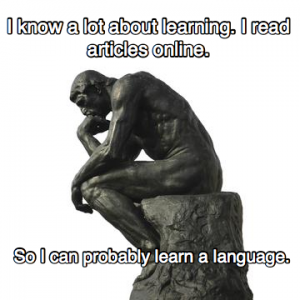 Know the empty and full cup concept from zen Buddhism?

You as an adult, are a full cup. You know these facts, tips, trivia, and all sorts of crap that makes for semi-entertaining conversation at a bar.

This cup also contains your ego, beliefs, things that you will and won’t do and your various emotional tendencies.

The cup is your mind.

So when it comes to learning a new language… you won’t empty your cup and let go of everything you know. Why? You’re smart after all. Now, when you begin to pour this cup of language into your cup, or your mind, that cup is going to overflow. All those beliefs and smarts you’ve built up over time just won’t help you learn a language.

So, if you’ve been wondering why kids are better at learning in general, this is why.

8. They buy fast solutions for a long term journey.

“Learn language at the comfort of your own couch!“

“Advanced software that opens your mouth and makes you speak language!“

“Busy? Learn language on the go, you busy businessman!” 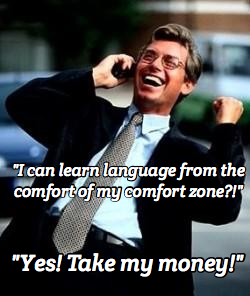 Everything delivers some sort of value but no language learner will get fluent… or even “good” with one resource.

And this is where the short term solutions to a long term process of language learning fall flat. Adults want what’s fast, efficient, top-notch… and those are the kind of products they buy.

“Anyone want to buy my slow-paced, non-fun Spanish dictionary?”

So, when you wonder why you know a few lame phrases… or why your software program only has you matching pictures… and you’re still not learning, you’ll end up quitting.

9. They lose motivation to learn language. And are waiting for some more motivation! 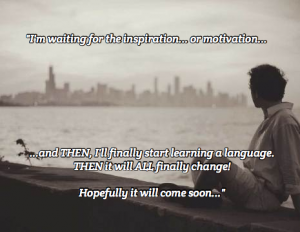 I’m not a fan of “motivation.”

Why? Well, let’s take my annoying habit of going to the gym. I don’t need pictures of built people. I don’t need inspirational messages. All I know is that at 7PM, on almost every day, I go to the gym. It’s a habit. It feels natural.

I don’t think about it.

I never needed inspiration or that extra push. I just went on autopilot. 7PM? Oh, sorry, no drinks, I need the gym.

But most people are different.

They’re waiting for that one BIG change. That one BIG message to make it all different. You know, it doesn’t come. So, while you’re waiting for someday to be inspired and motivated to learn, remember, someday isn’t one of the 7 days of the week.

It doesn’t come. It never will.

Do you know of any other reasons why adults often suck at language learning? Better yet, what excuses have you been telling yourself?

3 thoughts on “Can Adults Learn Language? Here’s Why Adults FAIL at Languages.”