Good? Good! You’re here because you want to ask How are you in Korean.

This is a super-important question to know.

You’ll learn 10 ways to ask it and you will also learn how to respond in Korean.

You will learn both ways of asking How are You in Korean.

Want to learn Korean? Here’s an audio lesson (on how to greet others in Korean) that will get you speaking the language.

Just press the play button on the player below.

This lesson came from KoreanClass101, a Korean language learning program and website.

Part 3 – How to Say How Are You in Korean 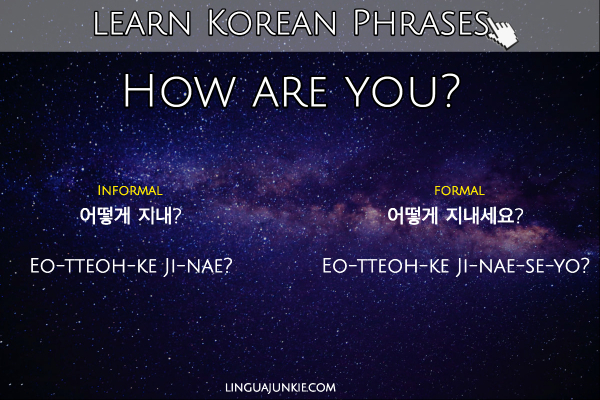 This is the most basic way to ask how are you in Korean.

Do you see the “yo” at the end of the first example?

That’s something you should remember.

Now, let’s break these phrases down. Here are the words you should know.

How can you respond to this question?

Here are the words you should know.

Now that you know how to ask How are You in Korean, let’s learn some other variations.

You can ask someone how they’ve been in Korean. 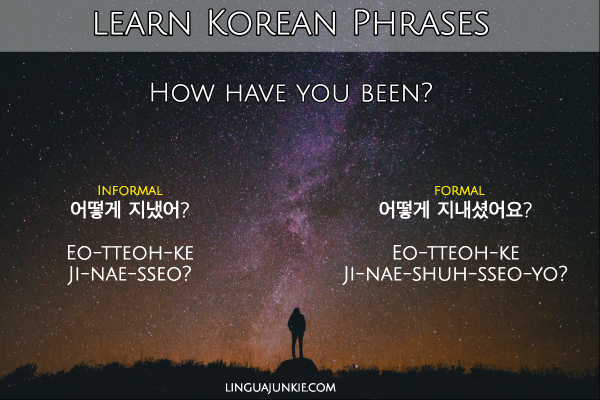 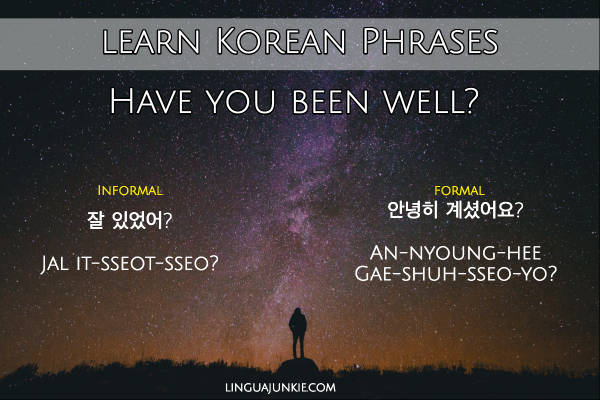 Want to know if they’ve been doing well? Use these Korean questions.

Answering this question is simple. You can say either yes or no.

With this specific question, you want to know if they have been well during the time you two have been apart.

The following questions are asking whether any significant events or incidents have happened in the meantime ever since the last time you saw each other.

‘Have you been well (without any significant events/incidents)?’

You’re right, this is not a literal “How are you in Korean” phrase. But, you would say this when greeting someone, right? And, if you miss them, you do want to know how they are now, right? So, you can use it too.

Anyway, knowing how to say I miss you in Korean is important too.

How can you respond if someone tells you they miss you?

This is also not an exact “how are you in Korean” phrase. Seems strange right? 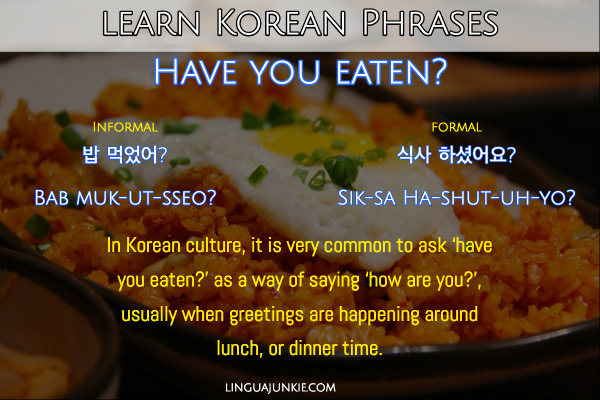 In Korean culture, it is very common to ask ‘have you eaten?’ as a way of saying ‘how are you?’, usually when greetings are happening around lunch, or dinner time. ☺

Now you are ready to ask people how they are in Korean!

Plus, you also know how to respond if I ask you how you are.

Leave a comment down below and tell me how you care.

P.S. I highly recommend this for Korean learners. If you REALLY want to learn Korean with effective lessons by real teachers – Sign up for free at KoreanClass101 (click here) and start learning!

[…] Aside from the literal meaning of asking someone if he/she had already eaten, this is also the Korean cultural way of saying how are you in Korean. […]