Every new Japanese learner gets confused about Japanese characters as soon as they realize they need to learn to read and write. Common questions include:

What’s the alphabet of Japanese?

I hear there’s more than one?

Does Japanese have an alphabet?

Which should I learn first?

Why do my socks smell?

To answer your last question, I don’t know. However, I can see why there’s such a big issue over understanding the alphabet, the characters, and all the squiggly lines involved.

✅  Want to learn how to read & write in Japanese? Get your FREE Japanese Hiragana/Katakana Workbook from my favorite learning program.

However, let’s clarify everything and answer some questions you have.

1. Does Japanese have an alphabet?

Yes. The Japanese alphabet is really 3 alphabets or writing systems. 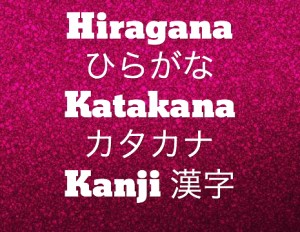 Well, they all play into each other and I’ll explain below. And don’t worry, learners master the first 2 (Hiragana and Katakana) in a week or less, so it’s not that bad.

Then, there’s also the unofficial alphabet, romaji, which is just the romanized spelling of Japanese words.

Believe it or not, it’s used quite a bit in advertisements.

But, let’s skip that.

Hiragana is the alphabet of Japanese that makes up almost all of the words that exist inside the Japanese language.

It contains 46 characters. Unlike English letters where each letter has a sound, the characters are a combination of  consonant and vowel (ka, ki, ku, ke, ko) or just vowels (a, i, u, e, o). As a beginner, you will need to learn this in order to read and write. Again, on average, it takes learners 1 week to learn them.

What are the Hiragana characters and how do you learn them? Click here to Learn Hiragana in under 1 Hour. 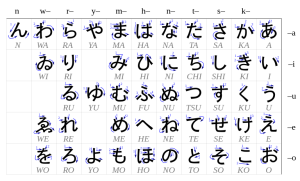 Katakana is the equivalent of Hiragana.

That’s why Katakana exists and that’s why it’s used. Nothing else. 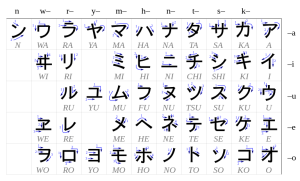 As a beginner, you need to learn Katakana too. On average, it takes learners 1 week to learn them.

What are the Katakana characters and how do you learn them?

4) Should you learn Hiragana or Katakana first?

Most of what you’ll be reading and learning will be in Hiragana.

So, how about Kanji? Where does it come in?

Kanji are Chinese characters used in the Japanese language.

Oh, and there’s about 2,000 of them that you need to know to be considered fluent.

So, why’s Kanji important if we have Hiragana & Katakana already? Because they’re more efficient and make life easier. See, there are a few problems with Japanese….

Kanji allows you to do several things:

Take a few Hiragana & Katakana quizzes to solidify your knowledge.

As you’re learning new vocabulary, that’s when you should learn their Kanji characters too. Actually, if you get a Japanese textbook or learning program, you will naturally learn Kanji along the way and won’t have to worry about learning it all separately.

Do you have any questions about Hiragana, Katakana and Kanji?

Read my next article Learn Hiragana in under 1 Hour.

Or, if you’d like to learn to read and write Japanese with video lessons, click on the video lesson below to sign up and learn Japanese for free at JapanesePod101

Click here to get the Hiragana lesson at JapanesePod101! 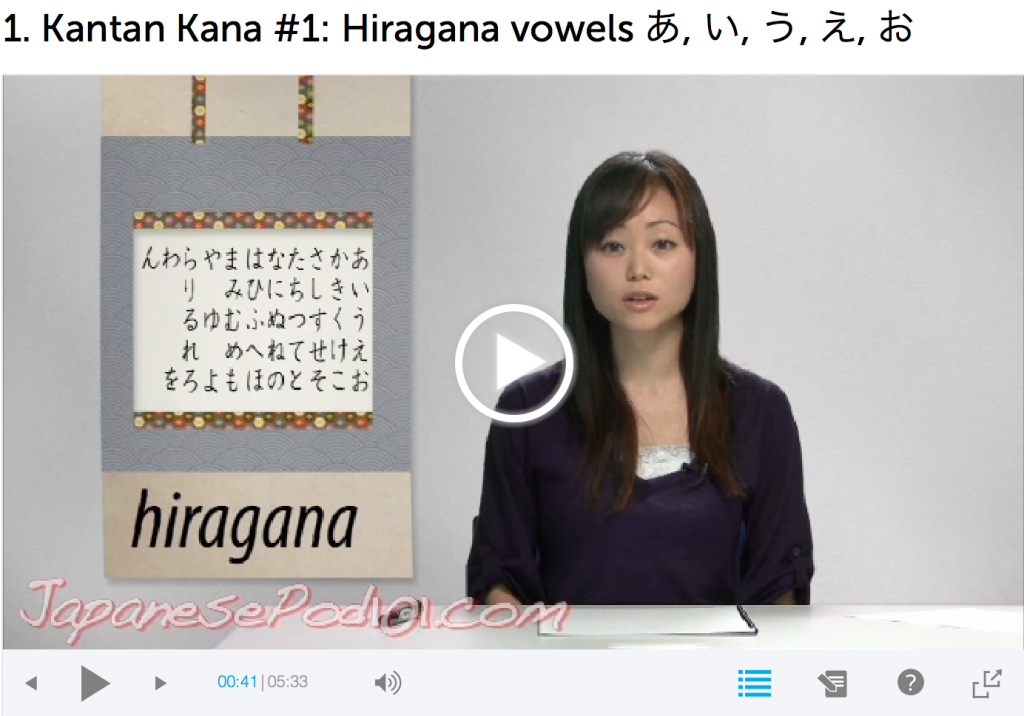 4 thoughts on “All About Japanese Characters: Hiragana, Katakana & Kanji”