I assume you already learned Hiragana, which is why you’re here. If you haven’t, I suggest starting here first:

And if you have absolutely no idea what Hiragana and Katakana are, and you just want to know the damn Japanese alphabet, read the post below:

Alright, want to learn to learn the Japanese Katakana FAST? You can. But you also won’t if you’re a stuck-up basement dwelling intellectual that doesn’t try things. So, lets start under these conditions.

Ready? Good. This will take you an hour or less to get all the characters in your head so you can read and write Japanese. Will it be slow and awkward at first? Of course; just like your first kiss. But that’s how language goes and there’s no way around that.

This tutorial will comprise of a few steps. And it’s the same exact method I’ve used to master Hiragana.

Step 1. The Katakana Chart that you must cherish and constantly refer to in your beginner times.

Print it and love it. 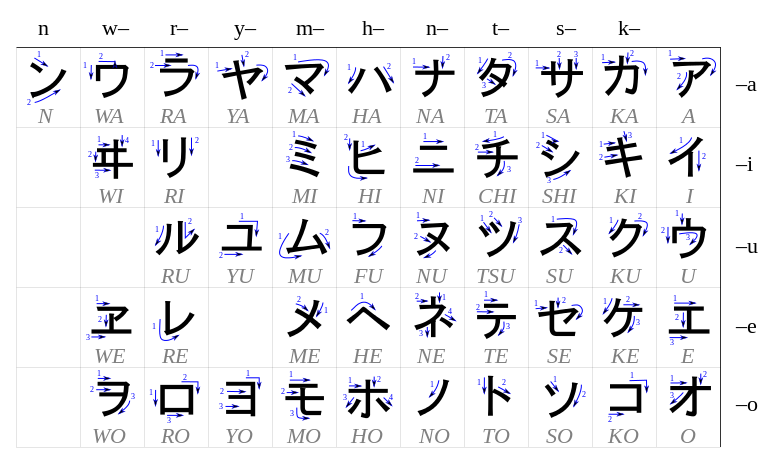 Step 2. Separate them into 10 groups and write ONLY the romanized/ English versions.

We’ll separate all Characters into 10 groups.

Boom, all separated. For now, lets focus on the first 5 groups for the sake of simplicity.

So, going group by group, starting with the first one, you’re going to memorize JUST the English/Romanized parts. This is not hard at all because all mostly follow the A, I, U, E, O pattern. There are a few exceptions that are bolded below.

Quick test: Can you repeat these 25 sounds without looking at this page? Yes? Good. Now, lets line them up with their Japanese Counterparts.

Step 4.1: Get acquainted with the stroke order for these characters.

Alright, get a pen and paper and write down the 5 groups you’ve memorized. Make sure to give yourself space to write in the corresponding katakana characters.

Done? Use this Katakana Chart, (already shown above and I’ve added it below again) to see the stroke order and write the character. Forget perfection. We’ll get to that later.

So, now, your first 25 Romanized characters should be matched up with their Katakana equals. And if you left space between the letters as requested, it should look like this. Once again, don’t worry about perfect; we just need to get the job done.

Well you didn’t expect to learn them just by reading an article did you? Now that you’ve memorized the English/Romanized sounds and got some writing experiece down, we need to start practicing the katakana characters for each group. 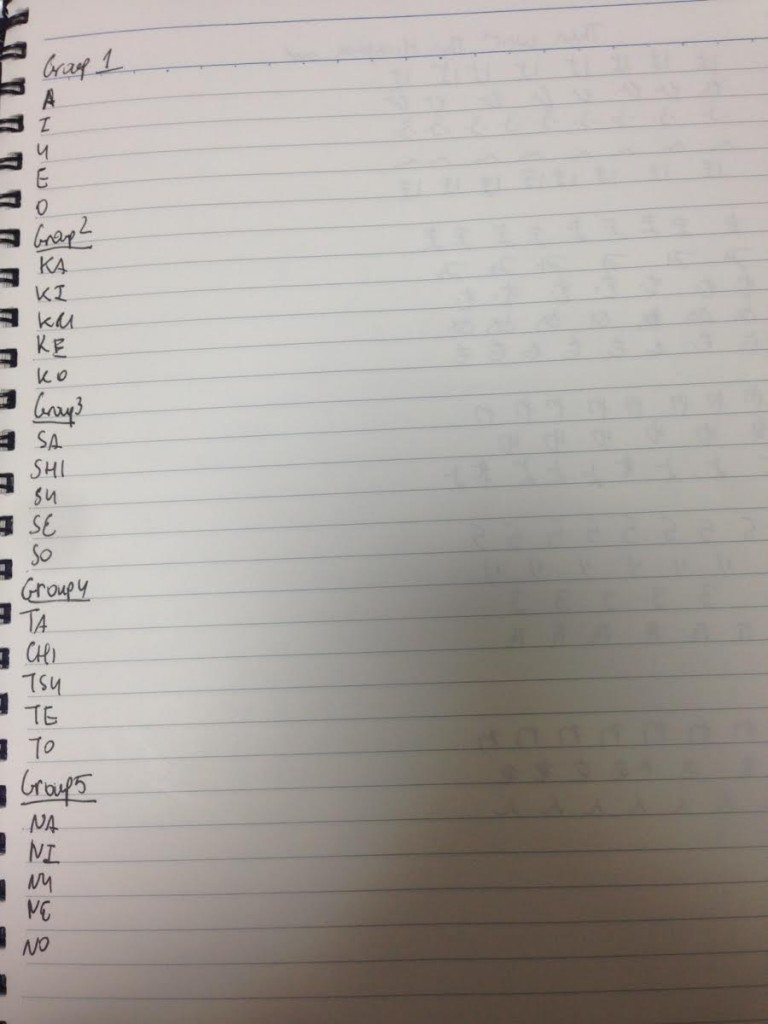 Now, this is where the magic happens. Write the Katakana characters you just learned across the sheet for practice. It should look like this, if not messier than mine. 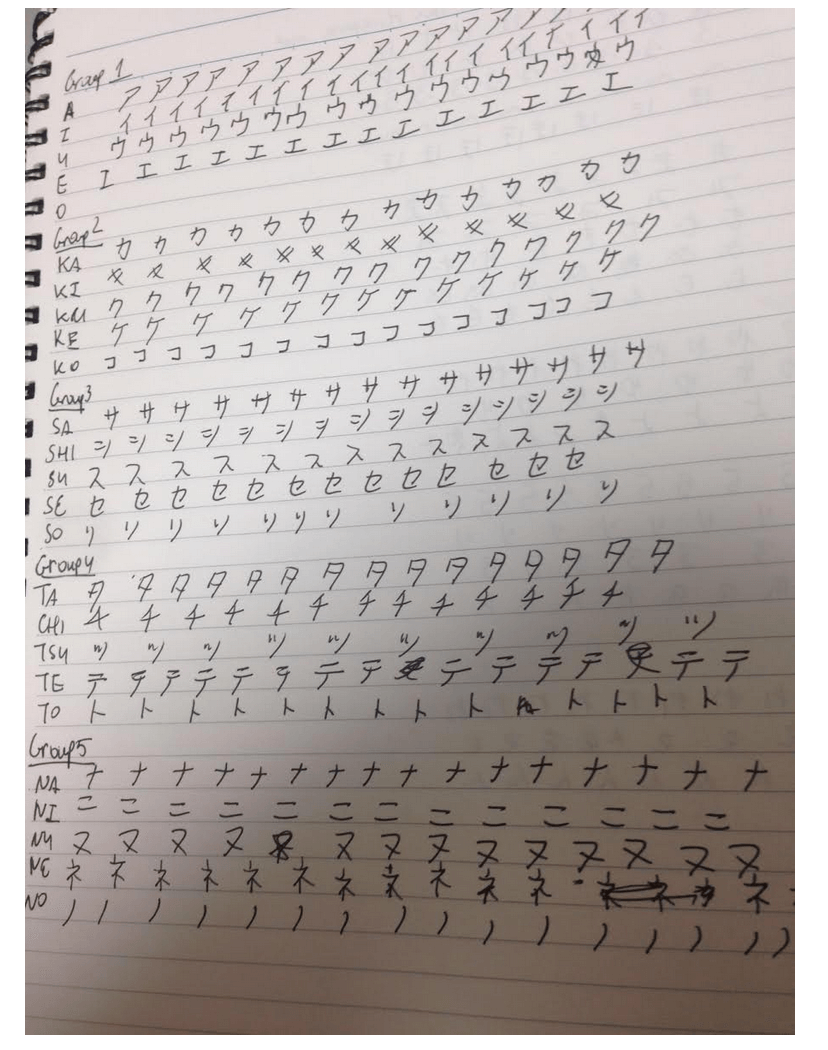 This first half should take you 30 minutes if not less. Most of the time would go into writing these characters out, I assume. Before we proceed to part 2 and the next groups, 6-10, make sure to take some time to quickly drill quiz yourself on the newly learned characters.

Done? Read “How To Learn Japanese Katakana in Under 1 Hour. Part 2” 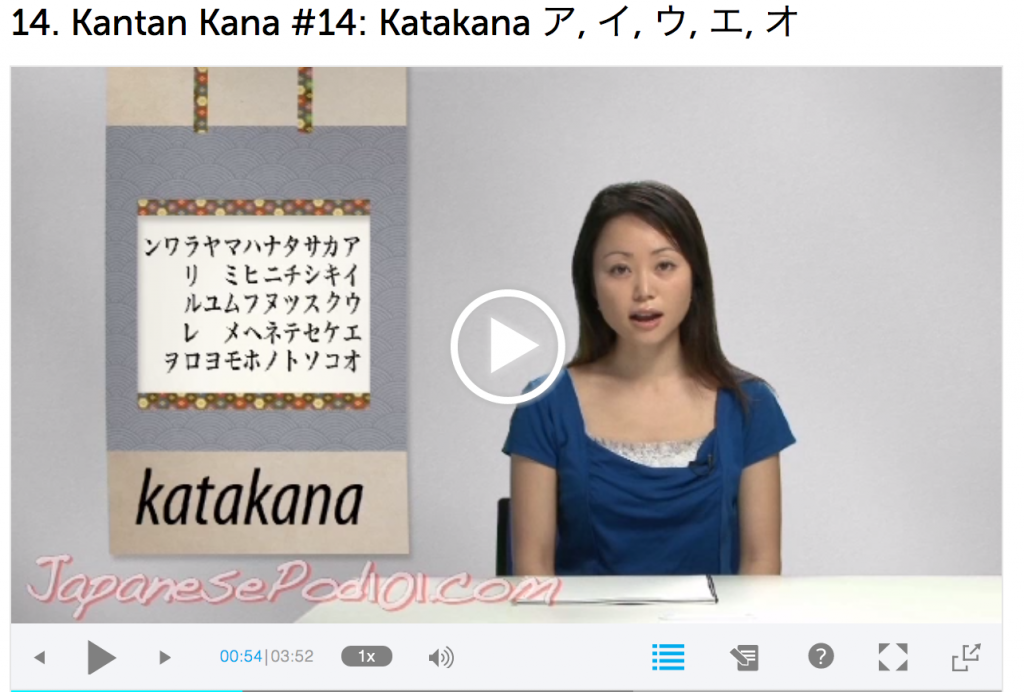 5 thoughts on “How To Learn Japanese Katakana in Under 1 Hour. Part 1”