Looking to learn some beautiful Spanish words? You got it.

The Main Lingua Junkie will go ahead put some in your brain.

Beautiful Spanish words and phrases like… “to find your orange,” “to have no hair on your tongue,” and much more.

So, keep reading on below.

This beautiful phrase literally means “to find the other half of your orange.” It’s like you’re half of the orange and you need to find your other half to be complete. It refers to finding your soulmate or your better half, that person who completes you. 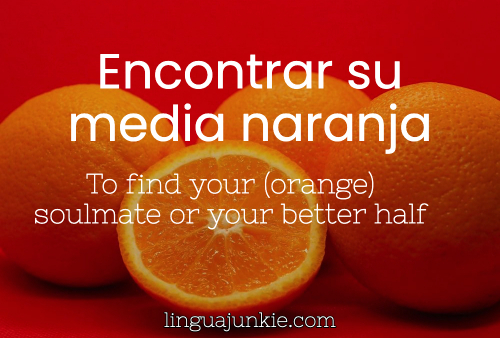 Although it literally translates to “table cover,” its meaning is completely different. Imagine you just finished a delicious meal and you stay at the table talking to your family and friends. This is what the “sobremesa” is all about. It’s the time you spend in conversation, enjoying each other’s company while you digest your food. 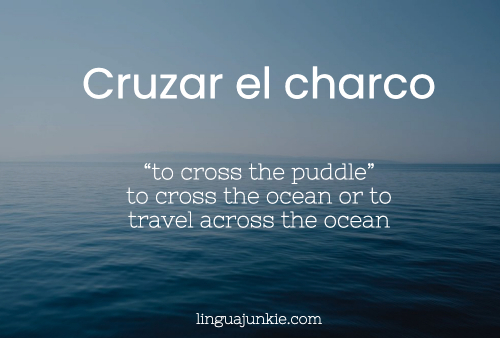 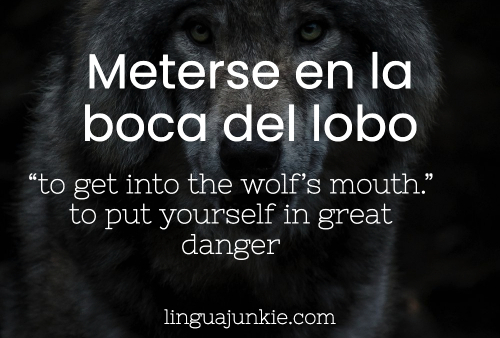 The phrase translates to: “to be like a fish in the water.” In the water, fish feel at home and comfortable. There is no better place for them to be in than in the water. This is why the expression means: to be in your element. Another saying with the same meaning is: Estar en su salsa (“ess-tar ehn soo proh-pee-ah sal-sah”). It means “to be in one’s own sauce.” 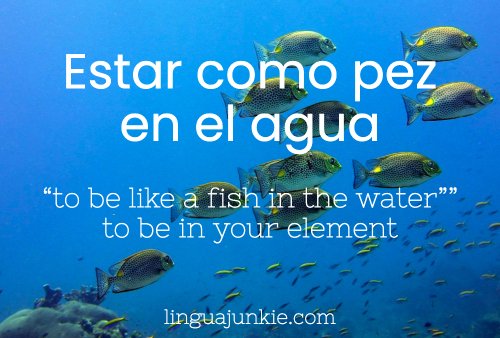 Literally, this means “to have one’s bedsheets stuck to one’s body.” It is used when you have been completely unable to wake up and you have slept longer than usual (and longer than you should have!) If you needed to be at a meeting at 8 am and it’s 8:10 and you’re not there, your colleagues might use this phrase and say that your sheets may have gotten stuck to your body. It sure gives a possible explanation of why you couldn’t wake up on time!

The literal translation is “to catch someone in a curve.” It actually means to catch someone by surprise or off guard. The phrase paints a picture of someone driving through a curve. Curves in the road can be dangerous, so they need to be focused and concentrated to drive through safely. Anything else that happens at that moment will definitely catch them by surprise. 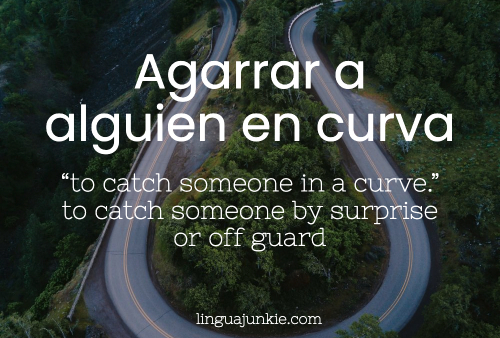 This phrase is translated to: “to be a zero to the left.” However, it refers to a person who may be considered unimportant and whose opinion is not taken into consideration. When someone says in Spanish: “I’m a zero to the left” in this family,” it means that the family doesn’t consider that person’s opinion or views. It’s as if that person didn’t exist. 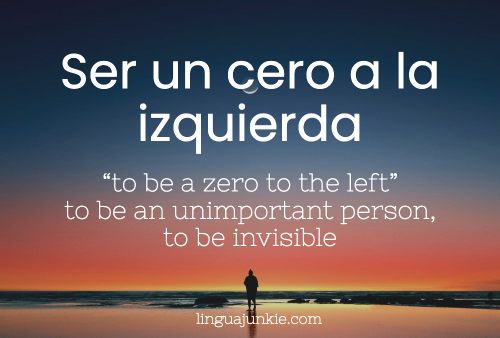 The literal translation of this funny expression is “to talk through your elbows.” It refers to people who basically talk non-stop. 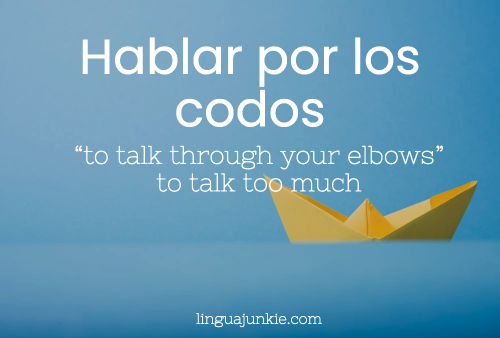 Literally, it means “he/she is missing a screw.” It means that they are a little bit crazy or have a crazy idea. You can basically imagine someone’s brain needing a number of screws to work properly. If they are missing one, their ideas may turn a little bit crazy. 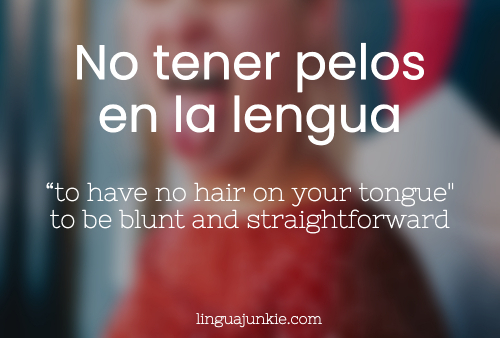 This literal translation is “to get one’s wires/cables crossed.” It means that you momentarily lose control and get mixed up and make a mistake; a mistake that you normally wouldn’t make. For example, if you want to keep a secret from someone, and you suddenly and unwillingly blurt it out in the middle of a conversation, you would say something like this to yourself: “I don’t know what happened to me; we were just talking and then all of a sudden I was saying exactly what I didn’t want to say. ‘My cables got crossed.”

Now you know some beautiful Spanish words and expressions.

Also, if you want to learn and speak even more Spanish, here’s a 3-minute Spanish audio lesson that’ll teach you how to say “Spanish Greetings.”