Want to count to a thousand and a million in Japanese? Good! You’ll learn it all in the next 3 minutes. And if you know how to count in big Japanese numbers, you can…

Okay, let’s get to it! Don’t worry, it’s easy. We will take you step-by-step, so you go through all the basic numbers. You can also print out this article out and use it as reference material. Sound good? Good!

You should also listen and hear the numbers pronounced in native Japanese.

If you already know how to say 1-10 in Japanese, then this will be very easy.

One hundred or hundreds is “hyaku” and “thousands” is “sen” in Japanese. 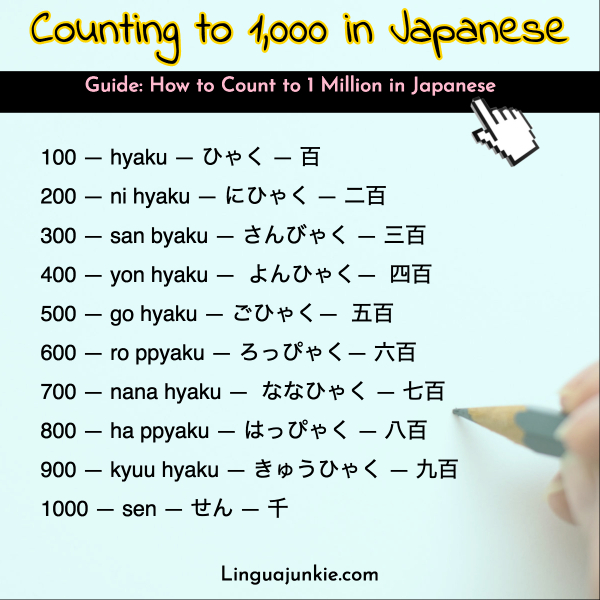 These are the only two things you need to remember, and follow the rules below:

Wait! If you’re smart enough, you might have noticed that there are some numbers that do not use “hyaku.” They use the same kanji but have different sounds: “byaku” and “ppyaku.” So, there are a few exceptions to remember.

These are the only extra things you need to memorize when counting to a thousand in Japanese.

Now, that you know the basic hundreds, let’s try counting the in-between numbers. This is easy if you know how to count from 10 to 100. Just follow this rule. 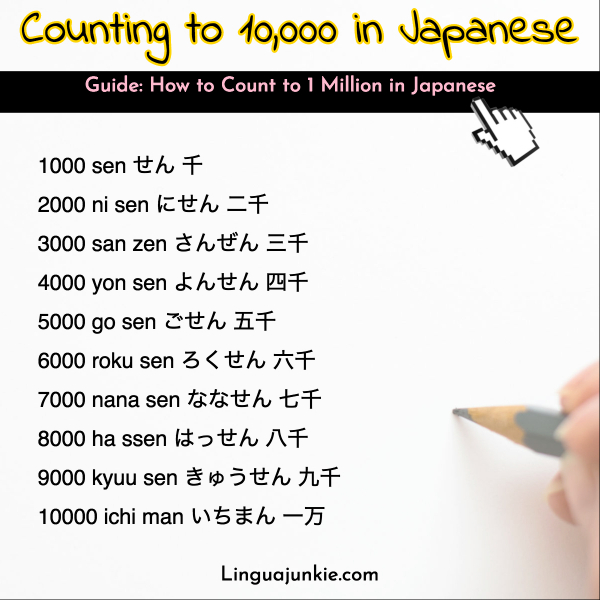 Ready to count to a thousand in Japanese? Yes?

Counting from 1,000 to 10,000 gets a little longer, but as simple as what you learned in Part 1. Just follow this rule for counting thousands in Japanese.

That wasn’t so hard!

As you can see, similar to Part 1, there also some exceptions that stand out. In this case, 3000 becomes san zen, instead of sen.

This should be quite simple. Let’s take a look how to count in-between numbers!

The rules and format are pretty much the same. All you need to do is count from top to bottom or bigger digits to small.

We also need to take a closer look at this number as the counting changes.

This may get a bit confusing at first, but trust me, it’s just about getting used to. One trick I remember using is associating “man” and 10,000 as the biggest note in Japanese Yen. So, you can always take a mental note that once it is the biggest note, then it’s time to say “man.”

Now you can count over a thousand in Japanese.

You are more than half way through!

Let’s get right into the last segment, so you get ready to counting big! 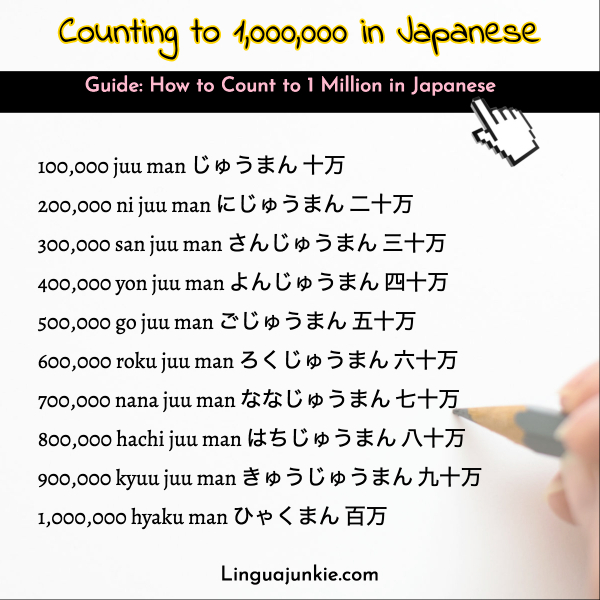 Almost there. You are at the last part of this “count to 1 Million in Japanese” lesson.

This will be as easy as the previous parts. The same rules apply, but are just longer.

You’re almost done! Let’s count the in-between numbers. As long as you follow the rules from the previous parts you’ll do just fine!

How much is this item? 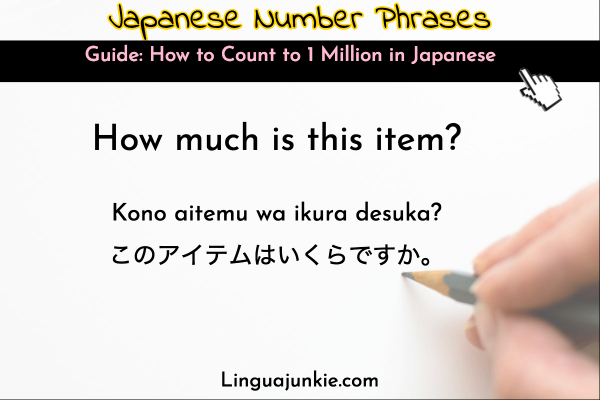 Quick tip: You can try practicing by reading out prices to yourself every time you see one. 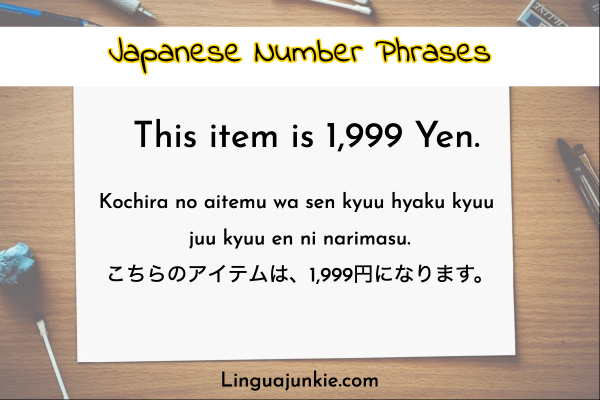 How much is the discount for the promo today? 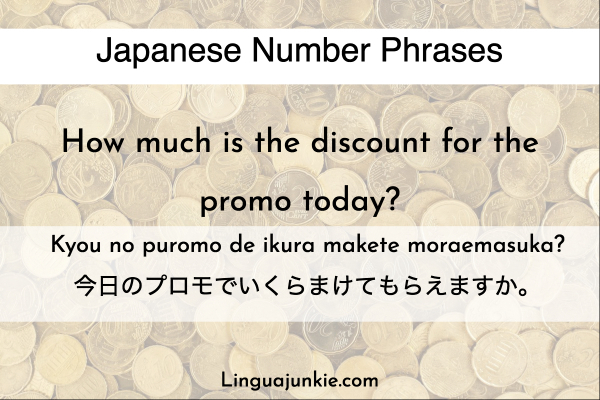 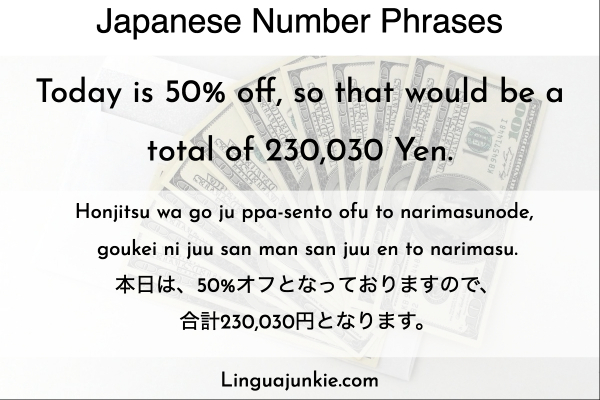 Another way you can practice is by doing math in Japanese. Here are some math terms you can use to practice.

That’s it! You’ve counted to 1 Million in Japanese! The counting gets longer as the numbers get bigger, but as long as you practice, you’ll be able to master in no time! Was that helpful? Don’t forget to leave a comment!