Want to learn a bit about Japanese honorifics?

Well, have no fear, reader-chan.

Or, should I call you reader-san? 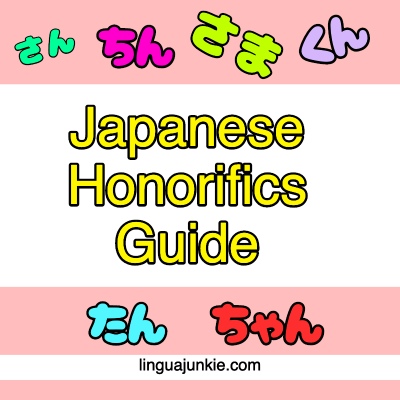 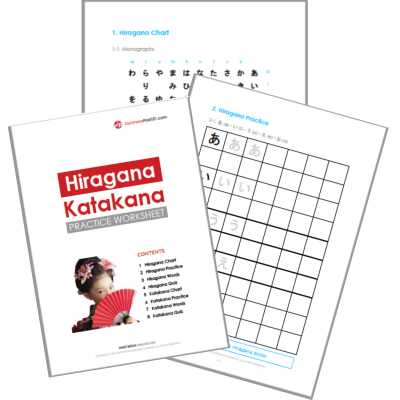 Honorifics are words that you can add to names to show respect. In English, we have Mr., Mrs., Miss, and so on.

In the case of  Japanese, honorifics are used to show levels of respect and familiarity. Why? Because within the Japanese culture, it’s important to speak politely to someone of higher social status or age than you. So, honorifics play a crucial role in making your Japanese sound polite.

Along with sounding polite and showing respect, Japanese honorifics can also show familiarity and friendliness. If you’re good friends with someone, you can use honorifics that show you feel close to them — like a nickname.

Adding honorifics to names is very easy and usually comes at the end of a name.

It’s also possible to add honorifics to proper nouns and even objects. You can take the word “dentist’s office” haisha and make it haisha-san to make it sound more polite. Many words for family members like mother (okaasan), father (otousan), and grandma (obaachan) already come with an honorific attached.

With so many honorific choices, it’s crucial to assess your relationship with the other person before choosing one. Think about your age, position in the company or school, and familiarity to make a choice. If you’re in a large group, you can see what others call that person.

Now that you know what honorifics are all about…

Let’s look at some honorifics, reader-chan!

Let’s start with the most common one.

In fact, you’re probably here because you were wondering what does san mean in Japanese. Well, it can mean 3 if we’re taking about Japanese numbers but… take a look.

If you need an honorific that you can use in almost every situation, san is the best choice. All you need to do is add it to the end of a name. If you add san to a first name, it sounds friendly but still polite. When you add it to the last name, it’s a neutral way to address someone you don’t know or older than you.

The most formal way to use honorifics is by adding sama to a person’s name. In this case, you’ll likely use the person’s last name since it makes it sound more formal. This honorific is so formal that it would be strange in everyday situations. Sama means that you’re placing the other person in a much higher social position than you. You’ll likely only use this if you’re working in a business and need to address your customers.

You can add this honorific when you want to display that the other person is exceptionally knowledgeable and respected in their field. It has an academic feeling, and it’s not common in daily conversation. You won’t need to use this honorific in most situations but can use other polite honorific forms.

This is an honorific that can show familiarity to someone. You should add it to a first name as it is very informal. Chan has a youthful feel to it, and it’s usually associated with girls’ names to sound cute. It’s possible to add it to boys’ names to show familiarity. It can be nice to add chan to people who are your friends, family, or romantic relationships.

Like “Chan,” the Japanese honorific “chin” is also used to show familiarity and is used amongst female friends. Long story short, it’s a cuter version of chan.

The Japanese honorifics tan is a variation of “chan,” if you were trying to be cute by mispronouncing it.  Like baby-talk or  how a child would mispronounce “chan” as “tan.”

You should use this honorific when talking to young men or boys. It’s also possible to add it to someone’s name if they are simply younger than you. If you add it to a girl’s name, it sounds a bit masculine and can be strange. Use this honorific with your male friends or younger family members to show your closeness and familiarity.

This honorific means senior and applies to those older than you or are higher up in a school, community, or organization. By adding senpai to the end of the person’s name, you can show respect towards them. For example, if you are at school, someone one grade level above you is a senpai. You should make sure to add that honorific when talking to them. In Japanese culture, the concept of respecting those who are older or more experienced makes up the social structure and the way you should talk to people.

O or go is a unique honorific, which doesn’t come at the end of names. These honorifics add politeness to objects and nouns. To add this honorific, you need to put them at the beginning of the word. For example, the word for parents is ryoushin, and if you want to be extra polite, you can say goryoushin. Be aware that this honorific is never associated with people’s actual names.

Whether you use o or go takes practice and recognizing how different words work. For example, you can say obento, a polite form of the word lunchbox. It’s not possible to say gobento. In addition, some words shouldn’t have any of these honorifics added. Knowing when to use these will take experience and getting used to the language.

When not to use Japanese honorifics?

If you’re incredibly familiar with someone, you won’t have to use honorifics.

For example, the people who call your name without any honorifics would usually be close, same-aged friends and your family.

And for the most part, you shouldn’t use honorifics with close people. If you start using polite honorifics with a close friend, you’ll be seen as trying to create distance, and sending a sign that you 2 are not close anymore.

However, not using honorifics can also come across as rude in many situations.

For example, if they’re older, of a higher position, or are not as close to you.

In English, you can easily call others by their first name, but in Japanese, you need to be careful to add some kind of honorific unless you know that you’re close.

Hopefully now you understand a bit more about Japanese honorifics.

What did you think, reader-tan?