Everyone knows the swears and curses in their native language. But you want to learn some bad Russian words and swear, huh? You’re in luck. Russian is full of them but I’ll teach you the ones that beginners must know.

These are mostly soft. Ready? Take this lesson…

…Oh, if you want to learn Russian with a complete Russian learning program — 1000+ audio/video lessons by real teachers – click here to visit RussianPod101 and try them for yourself. I recommend the site.

Also, if you want an audio lesson on Russian greetings, just press the play button on the player below. Listen while you read. Cool? Cool. Lesson provided by RussianPod101 (click here for more lessons).

“Дурак” is a very popular word in Russian. It means “Fool” or “a stupid person.”Actually, for a very long time, the word “Durak” was not offensive. Historical documents from the XV-XVII centuries show that this word was a name. You know, a name of a person. Your mother would’ve named you this! The word “Durak” was often used as the second name (in the old days it was popular to give the child a second name). You know, like Mary-Kate (Olsen) or Timmy-Bob (I made that up), except now you’re Mary Durak or Timmy Durak.

Today it’s one of the most common bad Russian words. Not a terrible swear word though.

Now that you know that wonderful word above, let’s add the word “you” (Tы/Ti). So, if you want to call someone a fool, just say [Ti durak]. 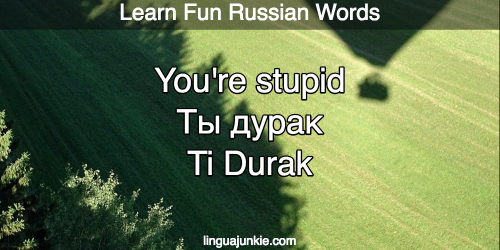 Note, you can apply this “Ti (insert word)” for most of the bad Russian words you’ll learn here.

“Лох“ is a naive, gullible person. This is a very popular word now, but two centuries ago it was used by residents of the Russian north and meant “fish.” Gradually this word found its way into the jargon of merchants. They would use this word to describe people who came from the village to the city and people who could be easily cheated. 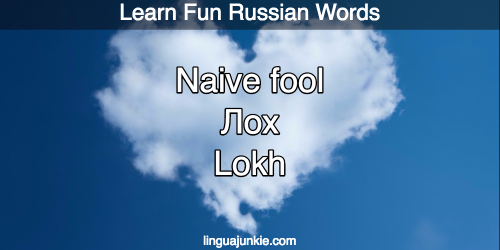 Now here’s one of the really bad Russian words. Make sure to pronounce that “u” as “oo.” 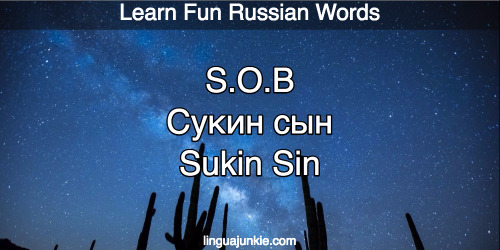 “Сволочь” is a very rude word which means “Bastard.” 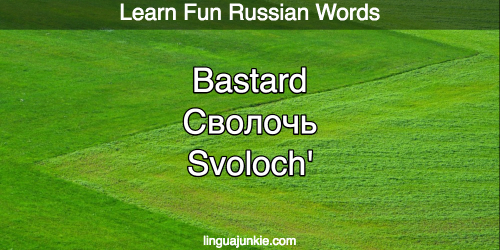 “Подонок” means a stinker or a bastard. It’s an another word that originally existed exclusively in the plural. It could not be otherwise because the word “Подонки” referred to the remains of the rain and precipitation on the ground. Yeah, I don’t see a connection either. 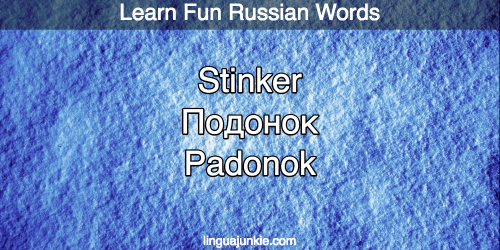 Want to say idiot in Russian? Here you go.“Идиот” is a well-known word all around the world. In the Russian language, it also exists. It also means an idiot. The Greek word “idiot” did not originally mean mental illness. In Ancient Greece, it meant “private person,” or a “separate, isolated person.” Later, the Romans used the Latin word idiota as “ignoramus,” which is close to the meaning of “stupid.”

Wait, what’s a schmuck? It’s a fool or a generally stupid person. So, [Chmo] means Schmuck in Russian. It came from the verb “Chmarit”or “chmyrit,” and initially meant “withering”, “staying in need” or “vegetating”. Gradually, this turned into the noun “Чмо.” 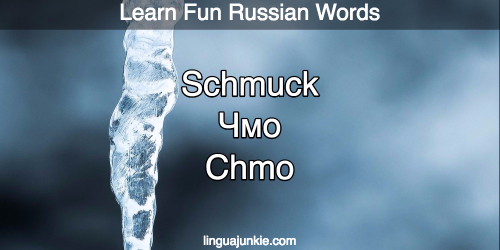 Normally, it’s just transliterated as “suka,” so why am I writing “sooka?” That’s because the pronunciation of “u” is “oo.”

This bad Russian word is also very popular all around the world. You’ve probably saw somewhere it on the internet or an online game where Russians throw it around. It’s a very rude word and just like the English version, it has multiple meanings. 1. It’s a word for a female dog, as well as other animals of the canine family. 2. It means B**ch. 3. And, it can also mean scoundrel, scum or a bastard. It’s allowed to say “Sooka” even on TV. This is one of those bad Russian words that Russians use a lot. 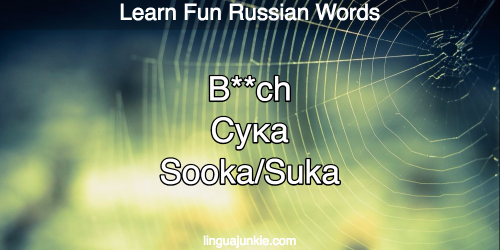 Also, Russians often use this word unnecessarily to emphasize their frustration.

The etymology of this word goes back to the word “frozen”. Even for the northern most Russians, the cold isn’t a nice thing. Nobody likes cold. We humans are all tropical people at heart. So that’s where the negativity came bout. This word means “scoundrel” and refers to the cold, unfeeling, indifferent, stale, inhuman qualities. In general, for anything extremely unpleasant. 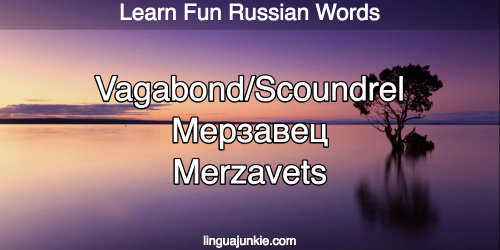 There is one more similar word “мразь” which also means  “Vagabond” or“Bastard.”

“Блин” means pancake. But, it is also used to express negative emotions or a disappointment. It’s an informal swear word and h does not have any semantic meaning. It’s just used to link words into a sentence (fill up the silence). Young people and kids use this word all the time. 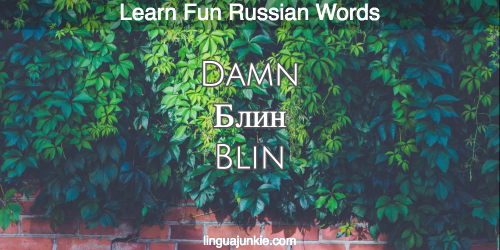 Of course, this one of the softest bad Russian words here.

Now, you know some basic bad Russian words. These are good to know since you’re learning the language and should understand what you hear. However, don’t use them too much.