First of all, if you want to copy paste the small tsu:

But, if you’re here for other reasons, no worries. This guide covers everything you need to know in 2-3 minutes max. 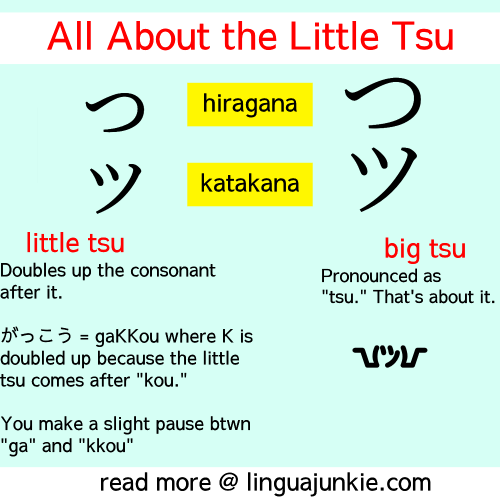 1. About the Small Tsu Pronunciation

The small tsu (っ) in Japanese is called the chiisai tsu.

And it’s smaller than the regular tsu. Here they are for comparison, Hiragana and Katakana;

If you’re wondering about the pronunciation, well it has no sound of it’s own. Instead, it creates a double consonant sound. How?

Well, when you see it before a kana that starts with a consonant (hiragana or katakana), the small tsu doubles that consonant up. For example…

So, when you double up the consonant and use the little tsu, it almost sounds like there’s a pause between “na” and “tsu,” right?

Let’s look at these:

This double consonant pronunciation is also called a glottal stop.

Of course, it’s one thing to read about how the sounds…

…But it’s a much better thing to HEAR how this little guy sounds.

Here are some more examples of Japanese words with the little tsu.

Remember, as you listen, look for that “pause” in between the sounds. That’s what the this little character does and how it creates that “double” consonant sound.

Listen to these examples — press the play button below.

Up above, you learned that the small Katakana tsu is ッ and the normal tsu is ツ.

It kind of looks like a smiley face, huh?

So why bring up this in the context of Katakana?

If you ever were wondering, “what’s my name in Japanese…”

Well, since many foreign words make their way into Japanese — including your name, if you were to translate yourself to Japanese – there’ll be quite a bit of tsu’s involved.

See, the Japanese alphabet mainly follows a consonant + vowel pattern, or just vowels alone (“n” is an outlier.) So, if you’re bringing in an odd mix of consonants from another language, or if a word (or your name) ends with a consonant, then it will take on this “double consonant” that’s created by the little tsu.

What do I mean?

Take a look at a name like: Ted. The “te” is a consonant + vowel pair, but “d” is alone. So, the “d” has to take on a vowel when making it sound Japanese.

Ted becomes Teddo. And because the D in Ted sounds quite strong, “tedo” (one d) is not enough (and sounds weird in Japanese.)

Take another name like Alex. A becomes it’s own charater, Le becomes “Re” and X is a sole consonant. So, in that case, you add a “su” and it becomes “Arekkusu” because “Arekku” would be more for someone named “Alec.”

By the way if you’re wondeirng why we went with “o” in “Teddo” but “u” in “Arrekkusu,” it just sounds more natural in Japanese. Arekkuso would be more like “Alexo” is someone was named like that.

Here are some other examples

Again, for the most part — only names that end in a consonant other than N or L… or names with existing double consonants (Rebecca) will get a little tsu.

So, what about you and your name? Would it have a teeny tiny tsu in it? Leave a comment.

Now what about the Romaji version?

Well, if you were paying attention to the all the foreign word/name talk above, you’ll already know that there’s no romaji small tsu.

Romaji is a phonetic version of the Japanese kana (hiragana/katakana/etc.) Meaning, it’s written based on how it sounds.

So, when you have a little tsu in Hiragana or Katakana and want to write the romaji version, just double up the consonants.

And that’s how you do it in romaji.

I’ll assume you already have a Japanese keyboard on your computer, iPhone or Android.

Somewhere in your settings, there’s an option for keyboards/languages where you can add additional languages. On the iPhones, it’s Settings > Keyboards > Add New Keyboard. I personally use the Japanese romaji keyboard which lets me type in English characters which get converted to Hiragana/Katakana on screen: 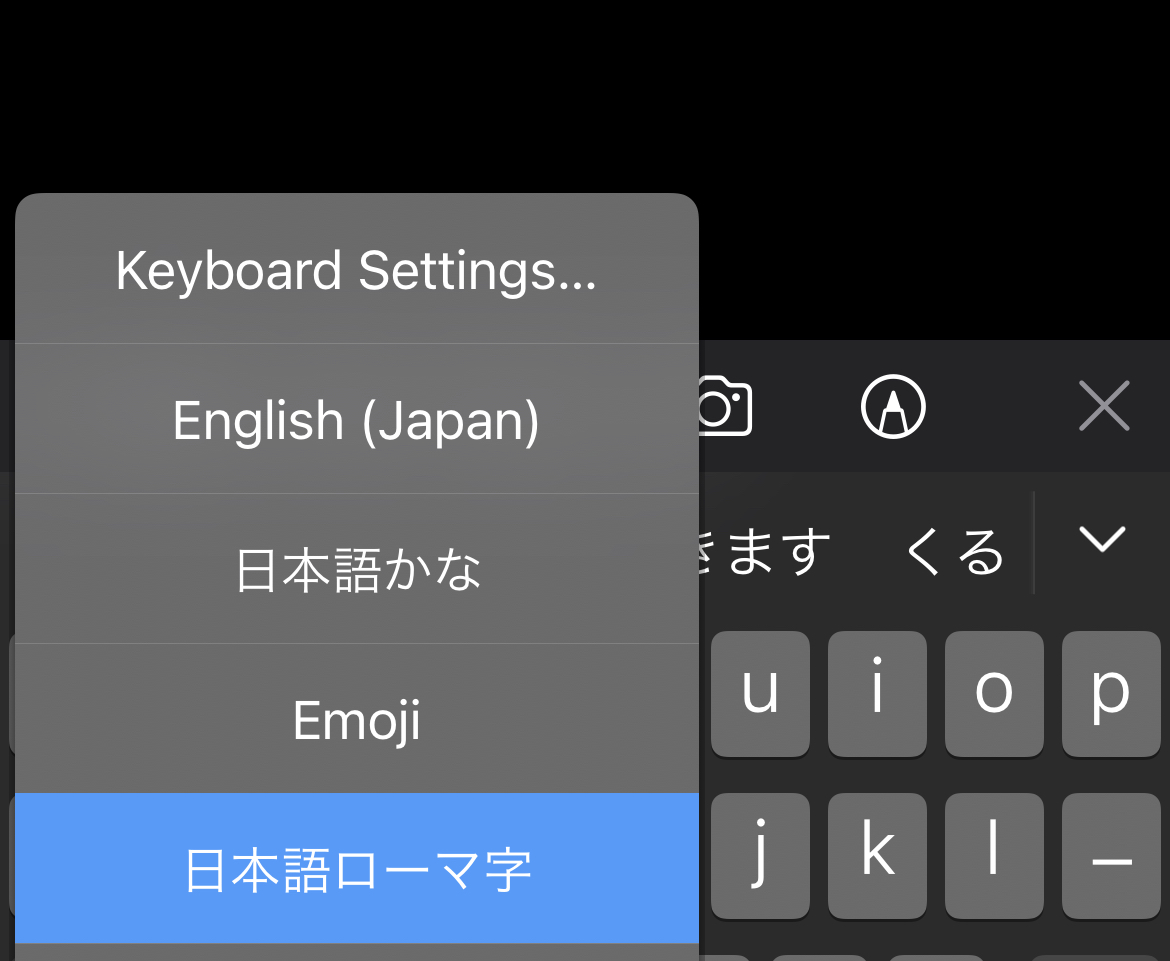 And here’s how it is in action.

The way I type the small tsu — if you’ve been paying attention — is by typing the consonant twice. Whether it’s “d d” in Teddo or “d d” in Reddo. Watch below.

Now you know a good deal about the little tsu.

And you probably realize it’s no big deal.

Maybe you were a beginner and were confused about it — which is cool. We’ve been there.

Anyways. hope this was useful.