Care about being and “sounding” fluent?

There are 5 Japanese pronunciation mistakes that beginners, and some advanced speakers, are DEAD guilty of. If there was a language court, the judge would throw a Japanese book right at your face.

You can’t really “fix” Japanese pronunciation online… you need to “listen” first, then open your mouth, but this guide is a good place to start. You need to know your weaknesses.

I include Japanese pronunciation audio, word examples, link to video lesson and more to help you master Japanese words and their pronunciation.

This is a verrrry common pronunciation mistake. Beginners often ignore the double vowels in Japanese words and shorten them.  And it’s understandable. There are tons of words that sound almost alike, except, have a double vowel.

So, what’s so bad about this?

For example, let’s take 2 Japanese words. “Snow” and “Courage.” In Japanese, they are…

Leave out the extra “oo” sound you’re saying “snow.” See how easy it is to make that mistake? How do you fix this common mistake?

Take the word computer. In Japanese, it’s コンピュータ, or kon-pyuu-ta.

Again, easy fixes for these mistakes, as mentioned above, are:

Alright, we English speakers are guilty of stressing syllables.

For the word camera…

And the same thing goes for reading Japanese. Ever been in a Japanese class when one of your ding-dong classmates said:

When they should really be saying:

Easy fixes for these mistakes, as mentioned above, are:

This is where the Italians, Spanish and Russians succeed.

If you can roll your R’s you’re good to go.

The English R, however, is a very throaty “aarrrr” noise that sounds like your tongue is having a stroke. More importantly, the English R, when used in Japanese is a dead giveaway of your awful pronunciation.

If you’ve listened to enough Japanese, you notice there’s a slight roll to their Rs. Don’t ignore the roll. Roll with it.

An untrained speaker would say it as “ki-ray.” Ray as in “ray of light.” Like this:

A native Japanese speaker however, would say:

Want to fix this mistake?

Learn to roll your Rs.Check the video lesson below for more info.

5. Ignoring the Pause that comes with the Little Tsu (っ)

The little tsu means that the following consonant is a double consonant. For example, kitte and kite, (きって and きて).

The little tsu also means that you must pause for one count, before you say the next syllable, which is the double syllable.

If you don’t pause, your きってsounds like きて and has a totally different meaning.

How do you fix this?

If you want to check out Japanese Pronunciation Video Lessons, click on the video below, sign up and learn for FREE. 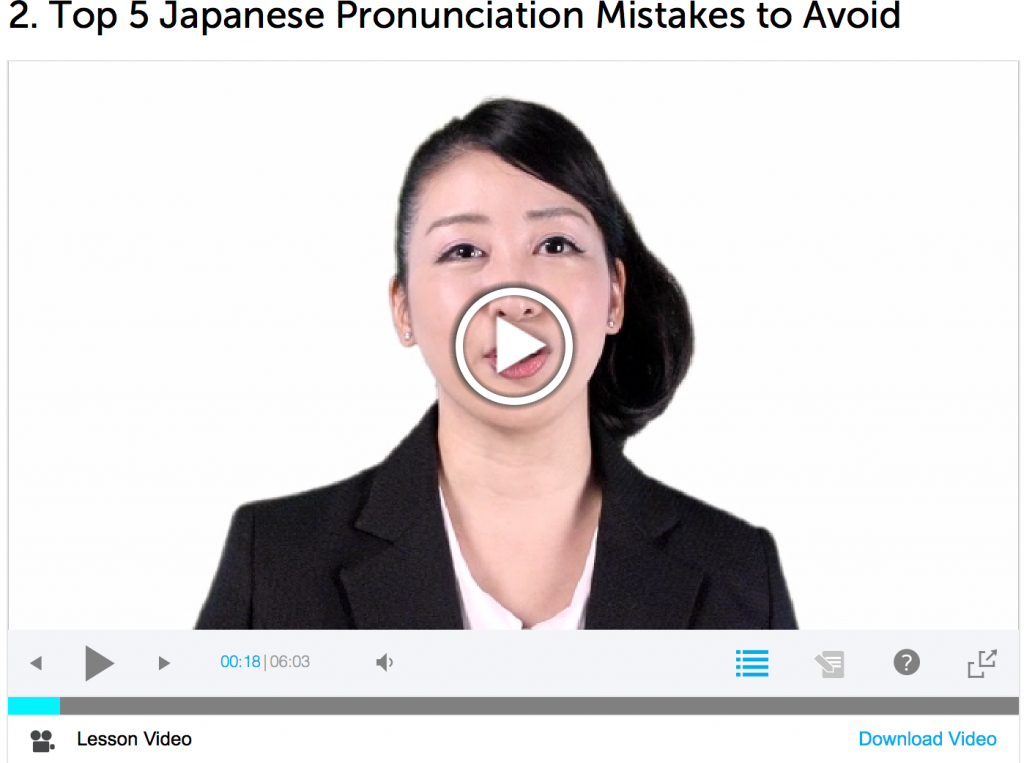