What’s a language without some sexy, inspirational, motivational proverbs, quotes and sayings about life? Japanese is chock full of them and in this series, I’m breaking them down word by word. That way….

✅And hey, if you want to learn & speak Japanese with a complete learning system, (2,000+ audio/video courses, apps, study tools and more) Sign up at JapanesePod101 (click here) and start learning! I recommend ’em as a teacher & learner.

Meaning, ignorance is bliss. Buddha was pretty blissful and peaceful. Why? Because he didn’t need to know everything. 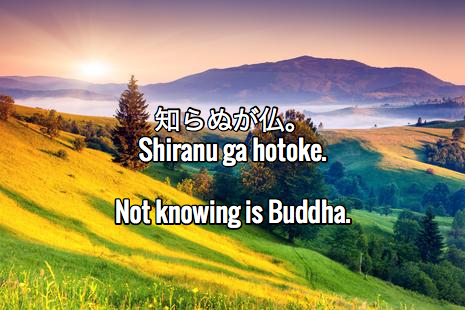 You all know it as “the nail that sticks out gets hammered in.” True of Japanese culture to conform, but of course, intentions and thoughts may differ, despite the conforming looks. 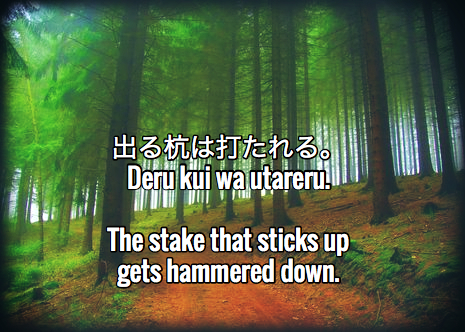 There’s more to this than a bad wife accidentally over-watering the crops and ruining a harvest for her husband. The “sai” in “akusai” is derived from 天災 (natural disaster), by its reading and not by it’s kanji character. So, aside from wives, this has a double-meaning and refers to all sorts of catastrophes, that Japan is prone to, that will mess up a hundred years of harvest.

After all, how much damage can a wife do? 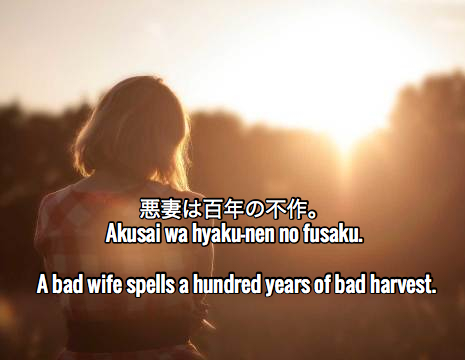 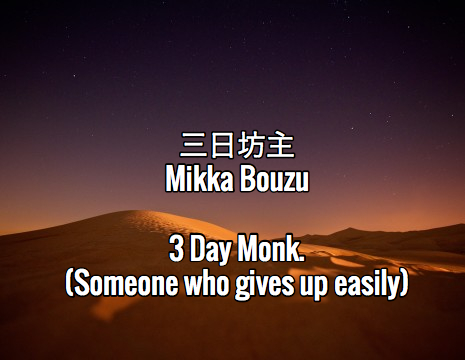 Ouch. Well, in nicer English, this can also be translated as “once a fool, always a fool.” But yeah, pretty extreme from a polite culture. 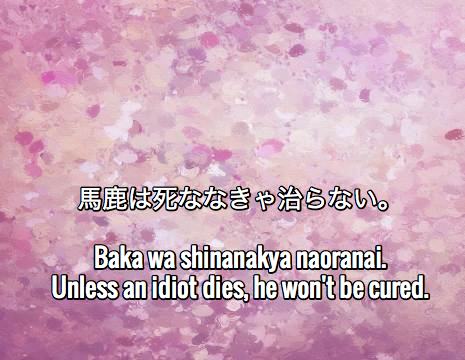 Why is he reading the Buddhist scriptures before a gate? Well, he’s a Buddhist priest, at a Buddhist temple. What else is he to do, but practice Buddhism and learn about it? Why? It’s his environment, duh.

And that’s the full meaning of this proverb: The environment makes our characters. 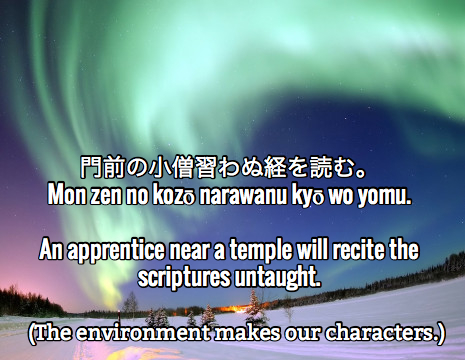 Or in other words, any sinking current rise again. When life has its downs, there will be ups. Such is the nature of life. Accept it, and stop worrying about things. 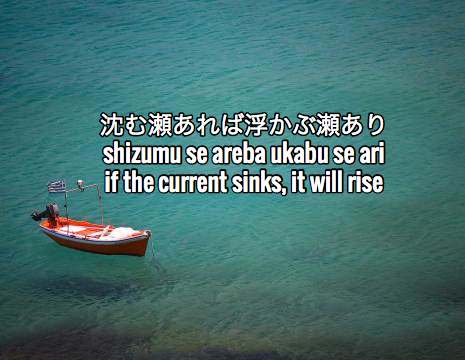 Ever tried putting out a burning rock with water? Yeah, I haven’t either.

But from I’m told, it won’t work. It’s useless. And such is the meaning of the proverb. Pouring water on a burning rock is inadequate. Or, something is bound to fail with inadequate effort. 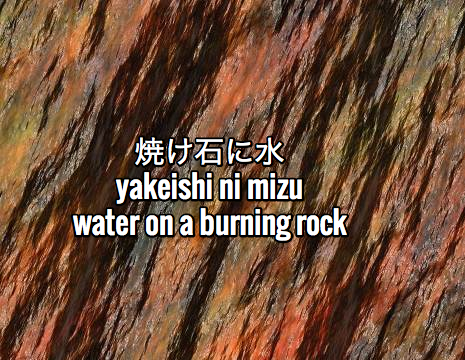 Ten men and ten different colors. Every one is different. Oh! So despite stakes that stick out getting hammered down, there is indeed acknowledgement that we’re all different. And you thought you could judge a culture completely based on a proverb. 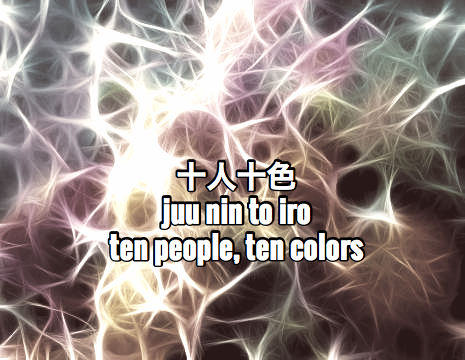 Oh, learning Japanese didn’t work with anime? Well then, try a textbook or a podcast. Or maybe even a tutor. Instead of quitting, it’s better to change up your methods and keep trying. 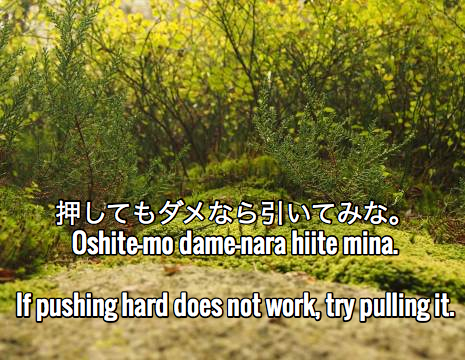 Because, why show off your skills and talents?  Use them when to your advantage when no one expects it. BAM! In poker, you don’t show your hand and the wise don’t show off. There’s no need. 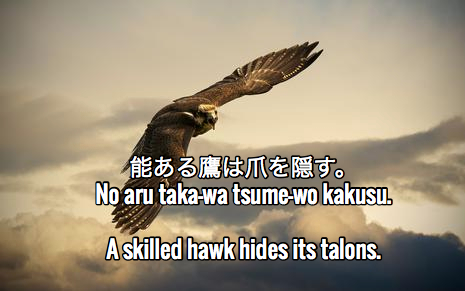 Now, you tell me.

What are your favorite Japanese proverbs, sayings, idioms, etc? Leave me a comment, I’ll add more and be sure to share this article if you like it. 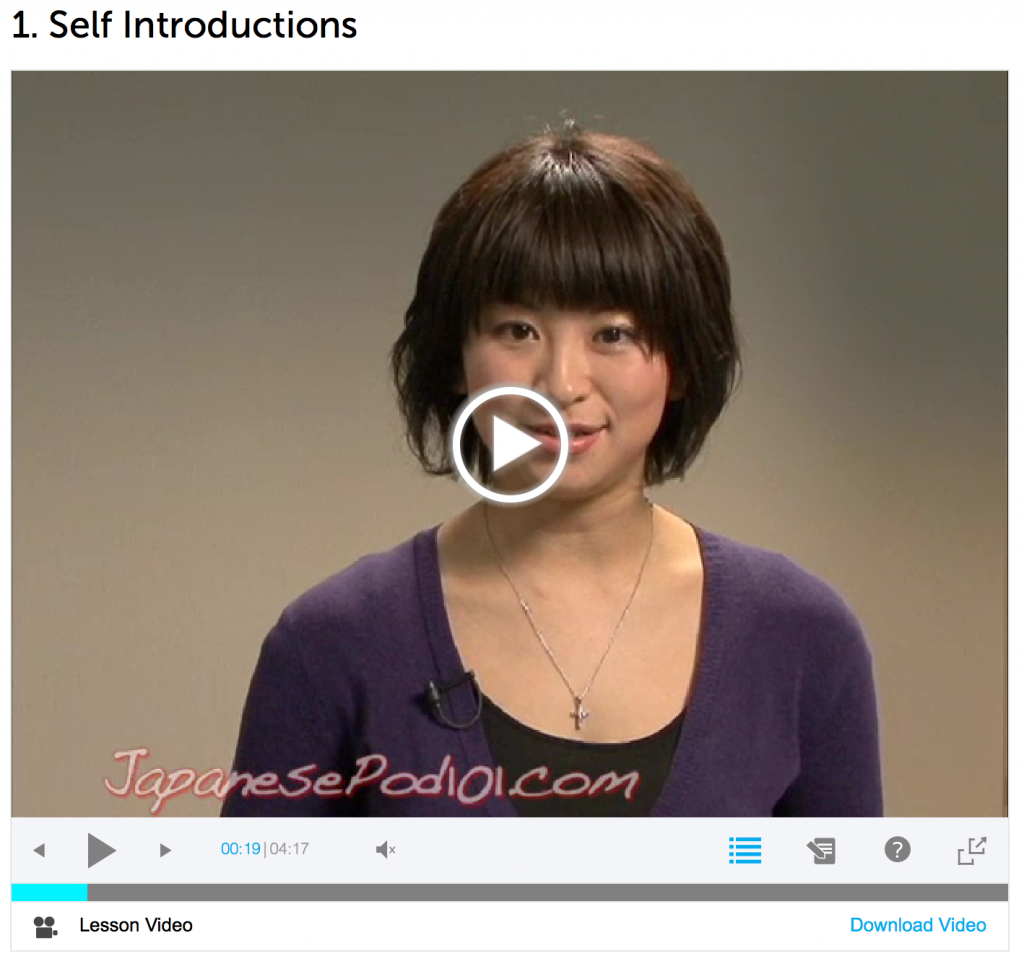